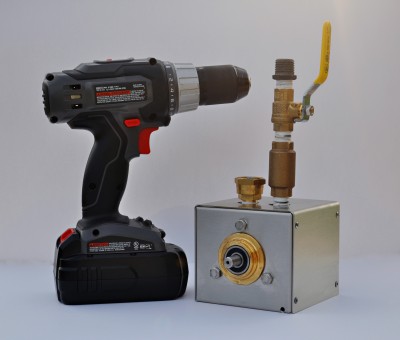 Up until now(2012) pumping up a fire sprinkler system, plumbing system, or underground water line has been done using a

hydrostatic test pump driven by either an electric powered motor or a gas powered motor. Traditionally these pump and motor

combinations have been heavy and require an electric source you can plug into, or gasoline to run the engine. The TP-1

Handheld Hydrostatic Test Pump solves both the weight and power issues. The TP-1 weighs less than five pounds and requires

The pump is capable of producing pressure up to 250 psi, which is sufficient for most Fire sprinkler systems, plumbing systems,